A lawyer, after hitting a Judje who had convicted his client, discovers that that Judge is evil and pays him back.

Two imaginary characters look for relatives in the gallery of characters created by the poet Gebirtig.

An Austrian farmer refuses to serve in the Wehrmacht, which he sees as a criminal army. He pays by his life for his refusal.

Two Jewish comedians survive the 20th century hardships, in order to die of gorging in a luxury restaurant.

Love between a Palestinian girl and an Israeli man is born and then ruined in a violent reality. 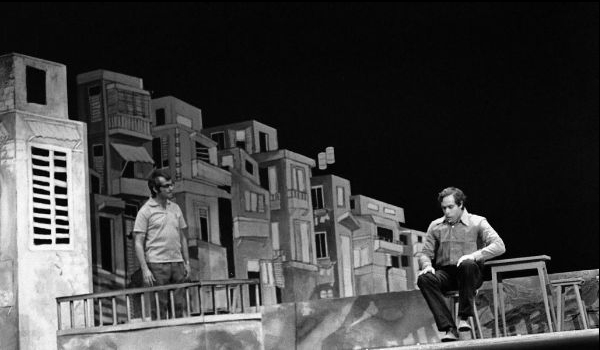 Krum has returned from abroad to his dreary Tel Aviv neighborhood, the same dreary loser as when he left it. He has brought nothing, earned nothing, learned nothing. Wherever life happens, it’s not where he is.

A drama based on the last five years of the life of the great German-Jewish poetess Else Lasker Schuller, who fled from Nazi Germany in 1933 and found refuge in Jerusalem where, in spite of her greatness, she died isolated and forgotten.

A 39-year-old daughter of Holocaust survivors enters her dead parents’ old apartment after a twenty-year absence. Engulfed by childhood memories, scenes come to life of herself as a fifteen-year old, her parents and her aunt, who was in love with her brother-in-law. Observing them from a distance and becoming aware of their tragic life, she… Read more

Two wealthy Jewish sisters and the son of one of them hide in the cellar of their estate in Debrecen, Hungary, during World War II. A Christian village girl is sent by a Christian friend of the family to stay with them in the cellar and see to their needs. Fear, hunger, cold and hardship… Read more